Home Blog Why Do You Need to Have a Video Release Form?

Why Do You Need to Have a Video Release Form? 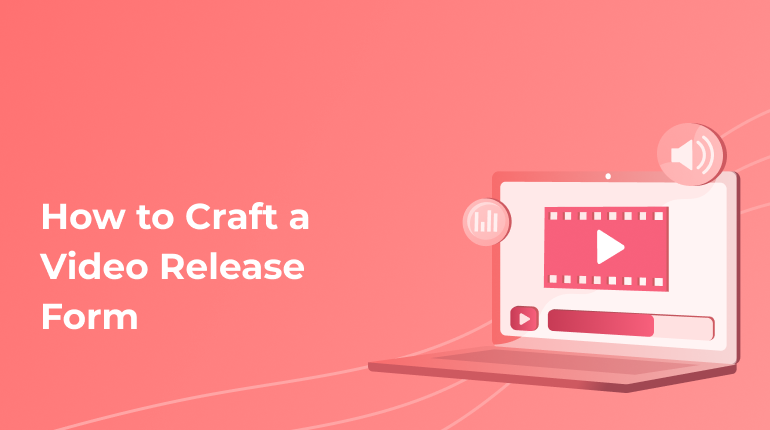 If you conduct the documentary interview, market research interview, journalist interview, generating your interview release consent form and own video is important for receiving the proper permissions from the people that featured in the production and getting protected against any kind of future complications.

What Is the Video Release Form?

In other words, the interview consent form is stating that the interviewee understands that their words would be utilized in publications when a video release form gives permission from the subject to utilize their dialogue, audio, and image in publications. Though each one contains various focuses, you might match and mix different types of release form verbiage and consent to generate the release and consent form, which will suit your needs the best.

Reasons to Have Interview and Video Release Form

Similarly to many things during the production, people and situations might change. For instance, one day, you might shoot the interview featuring the key person seeming passionate concerning the project. The next day they might have second ideas regarding being “on-camera” when you have already shot the whole interview. If you do not have the signed release form, you should not utilize their footage in your project.

However, if you have the interview and video release consent form, which is signed before you start the filming process, the person will be prevented from refusing to utilize their images, videos, and photos. The video release form assists in avoiding any kind of legal complications that might happen in the future.

When Do I Have to Get the Consent Form Signed?

According to the media release form, the individual understands and acknowledges that their involvement in the specific project might be utilized, but the company that administers the consent form will see it first. As long as the interview release and consent form, and video state that the piece of production will be utilized, it is perfect for getting this form signed before any kind of questions might arise.

It is necessary to understand that until the person signs the consent form, they are allowed to revoke the involvement in your project. Therefore, you would better tell your talent to sign if they agree to cooperate with you not to have last-minute cancellations.

If your talent has already agreed to participate in your project, they will happily sign the consent form. When they work in the media industry, they might be used to signing such forms and will fluently sign it. Nevertheless, for inexperienced talents, further explanation concerning the things they are consenting to might be needed.

What Should I Include in the Video Release Form?

When all video release forms might slightly vary in verbiage and content, there are several key points you must consider when including in your interview and video release consent form. There is no ideal template, so conduct your research and make sure to include each of the clauses related to the project for both future and current needs.

If you doubt whether to include the legal data piece, you would better include it. It is a much better opportunity to expand your usage and rights than to realize later on that your targets have been modified and you do not have the proper permissions to do it.

When generating your interview and video release consent form, you would better list out each kind of related media asset that you might utilize when going forward. For instance, utilize certain verbiage providing consent to utilizing video, quotes, audio. Still, images for any future materials generated.

Add a clause that lets you sell or transfer the consent that is listed in the release form and the included rights to third-party organizations or individuals.

Nevertheless, commercial filming is generated with the intent to sell, market, promote, and make some profit from the presented content. Even when your target for the interview or film is for non-commercial targets, you might change your mind. In order to prevent any problems in the future, including the statement which says that your talent lets you have both non-commercial and commercial rights will cover any kind of future or current plans.

When generating your video and interview release consent form, including the expiration of the permissions and the time limit, is essential. If you were not provided with instructions to put the set amount of time that the consent form is valid, you must always put in the writing form that your release form is valid for future and current usage indefinitely. Meaning, no matter how situations might modify in the future, there is permission to utilize the related media form no matter how long you wish to utilize it.

When you might only film the documentary interview to be represented as a 1-time screening at the local theater, you will never know what you might want to complete with it in the future. Also, you never are aware of who might come across the film and wish to utilize it in more imaginable ways.

So you would better consider all and any future potential materials and opportunities you might wish to explore. Do not limit the options to things you believe are applicable now. Just customize the video recording permission agreement in order to cover the assets in both future and present possibilities.

It is worth mentioning that the payment discussion is typically discussed separately from the release and consent form. However, as long as there is no perfect template, you might customize the video release form as you wish. The feature you might include in the consent form is the statement that is designated to show the agreed sum of money the talent will receive to participate in your project.

Be completely aware of what you wish to do with your interviews and video now. However, do not limit yourself to the current moment. Be transparent and straightforward on the expectations in your interview and video release consent form for your talent and your sake and start to go from there.